A Lesson in Selflessness and Compassion 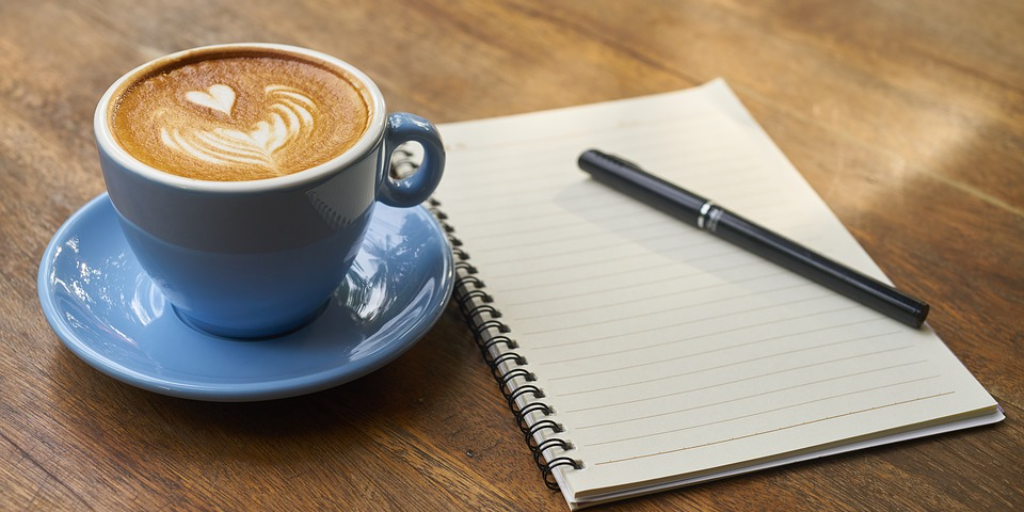 Along our journey through life, we come across many experiences, events and crossroads that add to our life’s story. The choices we make are what create the pages of our legacy.

James Grage once said, “Each of us possesses an incredible gift: the gift of choice. This world presents unlimited possibilities and if you believe that to be true, you have the power to choose your own path. We write our own story, whether we recognize it or not.”

James Copple, a nationally recognized speaker and author, was sitting alongside an aisle in the Amsterdam airport, enjoying his breakfast and a cup of coffee. It was crowded — he observed the hustle and bustle of the lounge as he ate his morning breakfast. What caught his attention was a woman in a hijab approaching with a 5-year-old boy with down syndrome in tow. The boy looked at James and kept his gaze. As they got closer, the boy broke free from his mother’s grip and lunged at James, wrapped his arms around James’ neck, spilling coffee and food everywhere. With all of this commotion, nearby patrons began to stare.

The mother immediately turned and began apologizing in English, but then gasped at the sight of James. She said, “You look like his grandfather, my father.” With 19 grandchildren of his own, James assured her that he was used to having kids hanging all over him. The boys hands were still clutched around James as he kept saying something in Arabic, first into James’ ear, then louder and louder. Unable to understand Arabic, James’ confused look prompted the boy’s mother to explain, “You look so much like my father. He thinks you’re his grandfather. He was very close with his grandfather, who was killed a year ago in Aleppo by a barrel bomb.”

In some Middle Eastern cultures, there’s an element of shame with those with mental or physical disabilities. This young boy, however, had a grandfather who loved his grandson and always took him out in public with no shame. James learned that the mother and this young boy were in the next room when his grandfather was killed — they witnessed this tragedy firsthand. This young boy was indelibly marked by the sight of his grandfather’s body and the bodies of 10 other people who were killed in the blast.

James melted at the thought of this mother and son having to endure such tragedy. He got down on his knees with the boy. The mother asked if James would mind if the boy held on to him for just a few more seconds, which James obliged despite the awkwardness and audience of those around. James then kissed the boy on his head and said, “God bless you.” As the mother grabbed the boy, she put her hand on James’ cheek, thanked him and walked away. For a moment, not only was the boy with his grandfather, but his mother was with her father as well.

As James turned back to the mess of his spilled breakfast, a gentlemen standing next to him said, “You probably don’t realize the gift that you have just given that boy. For a couple of minutes, he was with his grandfather again.”

Once the events of that interaction sunk in, James felt a range of emotions. His heart was broken. This child faces so many challenges, not only dealing with the cultural stigmatism of being disabled, or living in a war torn environment, but also witnessing the killing of his grandfather. James empathized with the mother and son who had lost a loved one. He was angry with how the grandfather was killed and the whole Syrian mess — the destruction of Aleppo. Being a spiritual person, James prayed — his prayer was that God would be the road beneath their feet, wherever that road may take them.

Referring back to his faith, James reflected on this experience: “I believe that in our journey, we are often surprised by God’s presence. These are gifts and opportunities to speak into hurt or pain. Be prepared for the surprises and affirm them. Know that these are gifts and opportunities to speak into the injustices that take place, the stigma around mental or physical disabilities, and always stand on the side of the broken or hurt.” What appeared to be a disruption in James’ breakfast, coffee all over his pants, and an unknown kid wrapping his arms around James’ neck, turned out to be an experience that touched his heart and soul.

Opportunities and stories are all around us — it’s whether we choose to recognize it and seize these opportunities to share with the world. James’ encounter with this boy could have been nothing more than a short happening of the day and easily overlooked as a story full of life lessons and emotions. Through James’ work and faith, he’s always looking for the story and connection in the events of his journey through life. He describes himself as an introvert who likes having his space. However, in that moment, he chose to allow this mother and son to be with their father and grandfather for one last moment. He gave them an invaluable gift. The only expense of which was a few moments of his time. He could’ve angrily pushed the boy off and went about his way, but chose compassion, empathy, and humanness that will probably affect the mother, the boy, and James for a lifetime.

“If you don’t pay attention to the inward journey of how you cultivate your soul,” James said, “Then the outward journey is going to be cold, indifferent, and maybe even sterile. One of the things I’ve valued with my relationship with Blue Courage is the emphasis on meditation and mindfulness — to pay attention more and more on the inward journey. And if you do that, then you might be prepared when someone jumps in your lap and spills your coffee. You don’t know what you might be dealing with.”

Despite differences and barriers, if we choose to move forward with love, compassion, and understanding, and become aware of the opportunities and stories around us, we add pages to our own life’s story, which in turn touch and influence the hearts and minds of those around us — contributing to the legacy we leave behind.

Reflect on a time when you allowed a moment to play out and curiosity to touch your emotions.

How did that feel? What lessons did you learn?

Or, perhaps you didn’t give a moment the attention or patience as you should have.

I Belong to You

Think of this phrase — what does it mean to belong to someone? We all desire a sense of belonging; to be accepted and part of something bigger. We want to be seen for who we are. When we belong to each other, we let go of biases, prejudices, hate, judgement, and violence and accept others with courage and love. Watch this short video on why we belong to each other. 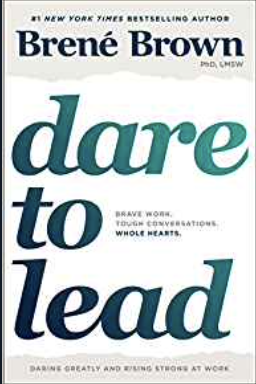 Brené Brown has taught us what it means to dare greatly, rise strong, and brave the wilderness. Now, based on new research conducted with leaders, change makers, and culture shifters, she’s showing us how to put those ideas into practice so we can step up and lead.

Why you should read this book:

Each month, we will present information and recommendations that could effectively enhance your way of thinking, behaving, and feeling.

The “first” Thanksgiving celebration was between 90 Wampanoag Indians and 50 Plymouth colonists in autumn of 1621. Historians believe that there only were 5 female Pilgrims present – that’s all that made it through the first winter in the new land. The early settlers typically gave thanks by praying and fasting, which is what they were planning to do for their first fall harvest, until the Wampanoag Indians joined in and made it a three-day feast! In 1863 President Lincoln proclaimed a national day of giving thanks to be celebrated every November.

At the core – the true reason for “Thanksgiving Dinner” is to be with friends, family, and giving thanks for the many blessings we have. And even though the first dinner didn’t have turkey, or mash potatoes, there were maybe pumpkin…but not pumpkin pie, and cranberries…but not jellied cranberries – we can thank our ancestors for enhancing the tradition by using delicious food and sweet pies to bring us together every fall!

Fun fact….It’s not the Turkey that causes the “food coma”. Scientists say it’s that extra glass of wine, the high calorie meal, or relaxing after a busy work week that makes you drowsy!

Have a Happy and Safe Thanksgiving month!

Stories from the Streets:

The Power of Influence

From a Certified Blue Courage Instructor

One of the sergeants I work with borrowed my copy of the Nobility of Policing book because it was the only book I had in my office that had “lots of pictures”. When he brought it back today, I totally expected him to say he had never read it. Mostly, because he didn’t want it in the first place, but borrowed it to be nice.

When I asked him his favorite take away from the book, right away he said he liked the story about the traffic cops on the motorcycles (Motorcycle Chase, pg. 28). When I asked why, he said he might have been just like those cops. Then, he thanked me for lending him the book and asked for another. What surprises me about this guy is that he has more than 20 years in a uniform and is what I would call a “tough guy”. He said he is not a reader and we joked about me not telling anyone that he borrowed the book. He liked it so much, he recommended we buy one for every member of the department. I’m looking for the money as we speak!

This interaction reminded me of why we spend so many hours preparing to teach, to invest ourselves into the “tough guys” of the law enforcement profession, to remind them of why they do the job. It is noble. And although we may get a lot of critical looks and folded arms in the classroom and in coaching on the job, we may never know it, but we are reaching people. We are reaching them in life changing ways.

You could be featured in future Illuminate issues!

Stay connected with news and updates!

Join our mailing list to receive the latest news and updates from our team.Don't worry, your information will not be shared.

We hate SPAM. We will never sell your information, for any reason.